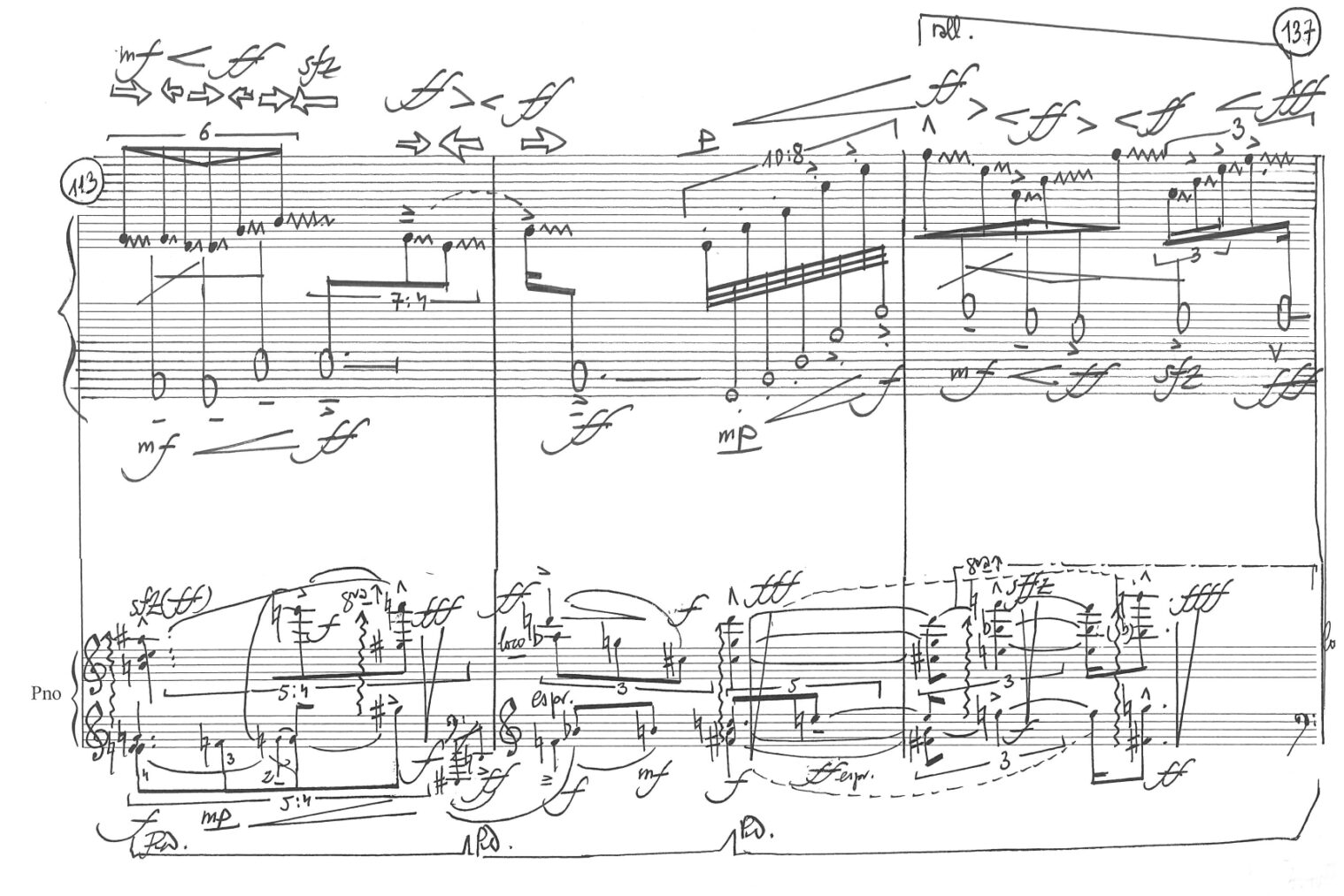 The Resounding Farm (via 7 Constellations)

Concert-workshop by the composer Hector Parra, who presents, in his world premiere, seven of the 23 Constellations that make up a musical poetic cycle inspired by the celebrated Myronian series. The composer has chosen the “Constellations” series as the basis for this musical melodrama because of its complexity and uniqueness within Miró’s body of work. This composition will be brought to life by the pianists and dedicatees of the score Imma Santacreu and Lluïsa Espigolé with the poet Arnau Pons, author of the texts.

The “Constelaciones” series consists of 23 small paintings that Miró produced between 1939 and 1941, coinciding with the arrival of fascism in Spain and Europe. Parra will present the musical pieces based on the paintings Miró made in Mont-roig after the escape to France and his return to Spain.