Mont-Roig del Camp and Miami have various settings that have served as models for the works of Joan Miró: La Masia, Mont-roig, el pont, Platja de Mont-roig or Poble i església de Mont-roig are just some of the works painted here that have the landscape of the municipality as a source of inspiration.

Through the route “Miró’s emotional landscape”, included in the Mas Miró audioguide, we will be able to visit the different marked places and observe first-hand the landscapes that Miró turned into world-famous works of art. 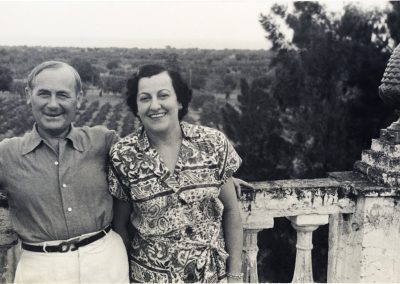 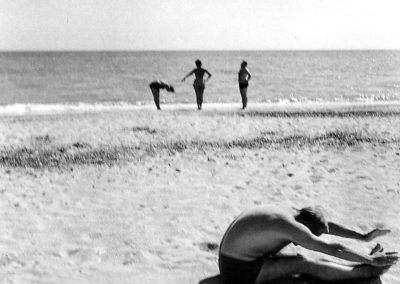 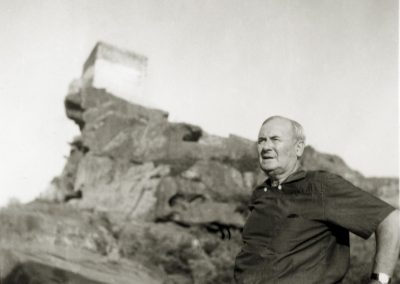 “All my work is conceived in Mont-Roig“.

Miró’s work and universe were born in Mont-roig, within the strict framework of Mas Miró and the surrounding lands. It was there that in 1911, after a typhoid fever, Miró decided to devote himself fully to painting.

Miró invariably spent every summer through to 1976 at the farm that his parents had bought in 1911. His deep-rooted sense of attachment to the landscape of Mont-roig and later to that of Mallorca, his final home as from the 1950s, would play a decisive role in his work and in his artistic language. Barcelona, Mont-roig, Mallorca and also Paris (in the 1920s), New York (in the 1940s) and Japan (in the 1960s) were all his emotional landscapes–although Mont-roig would always act as a counterpoint, the source of that initial impact which he revisited time and time again.

Mont-roig and its scenery were a focus of attraction, model and source of inspiration for many of Joan Miró’s early paintings. 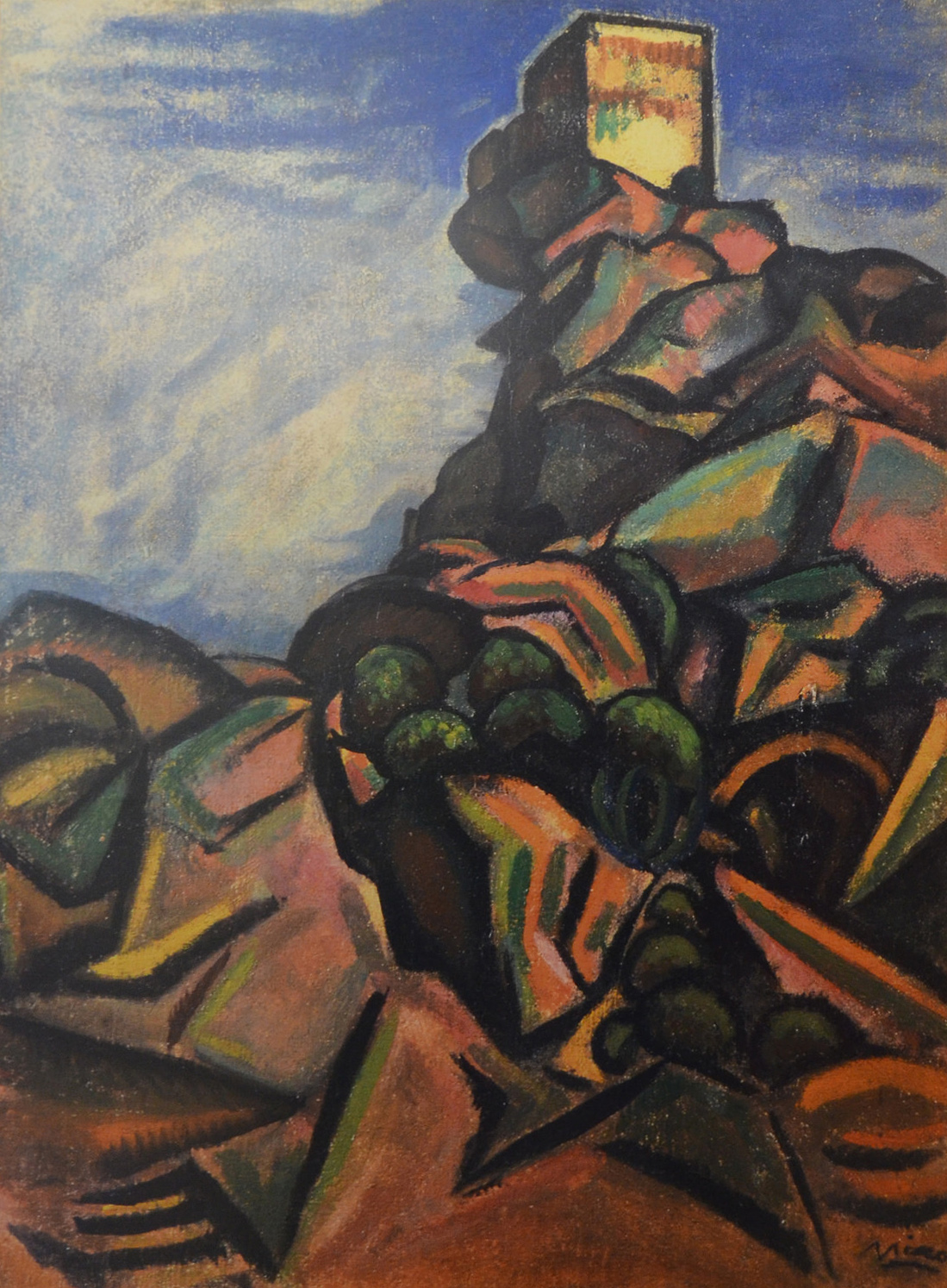 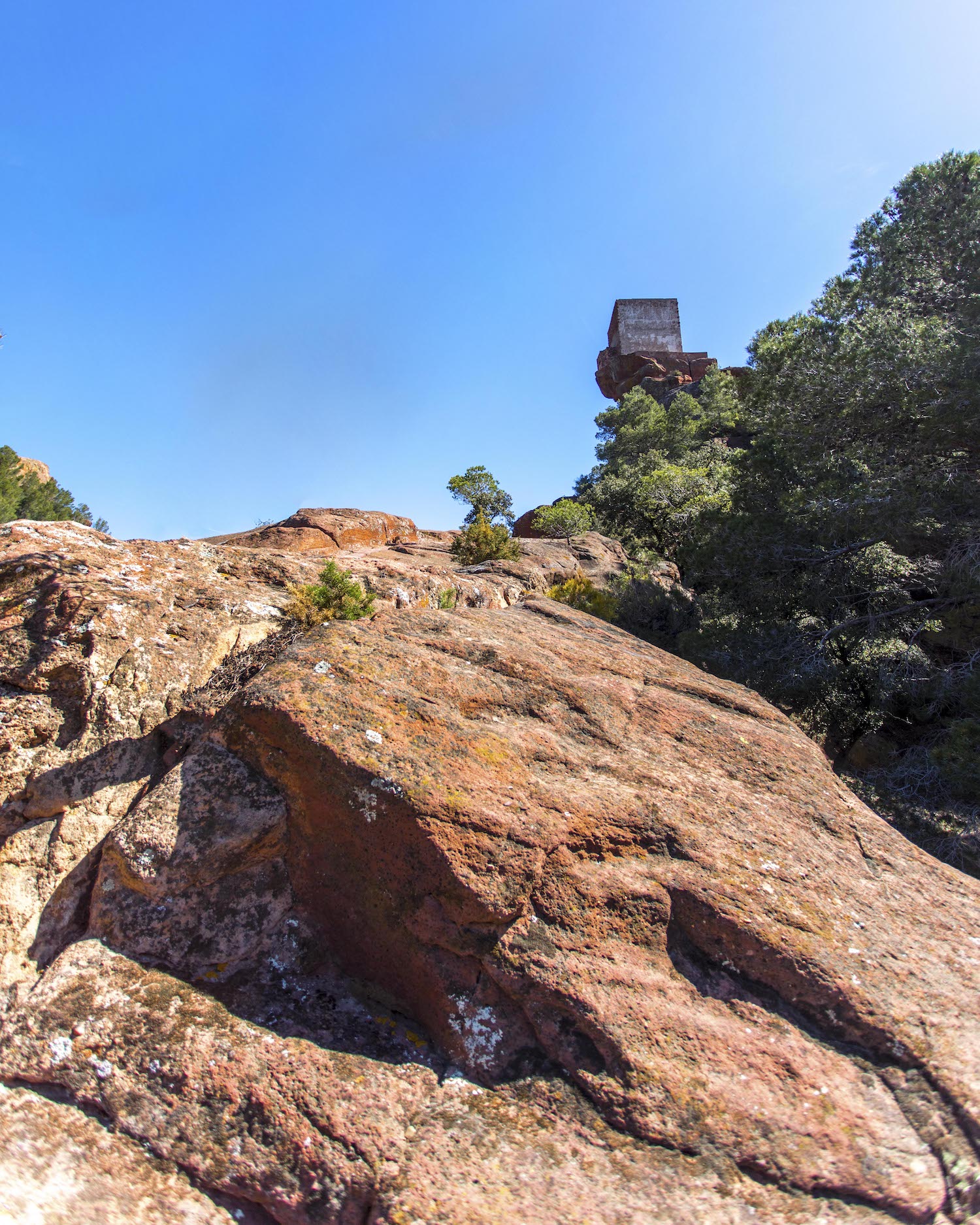 Platja de Mont-roig (Mont-roig, the beach) (1916) , with its Impressionist influences, shows the beach where Miró so often used to bathe, after travelling down to it from Mas Miró along Pixerota gully. With his gifted eye, Miró would comb the beach for stones, trunks and roots which he later transformed into sculptures. 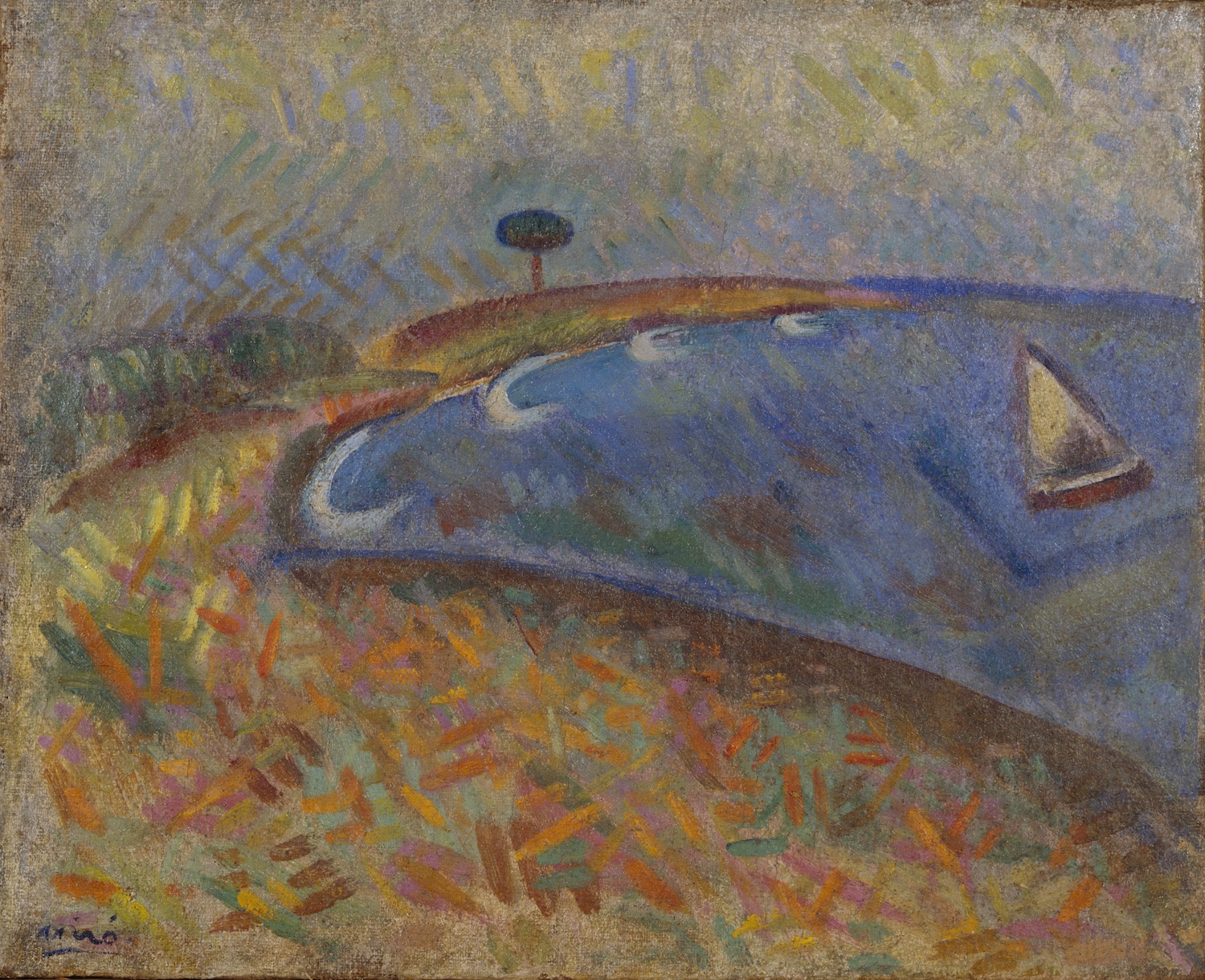 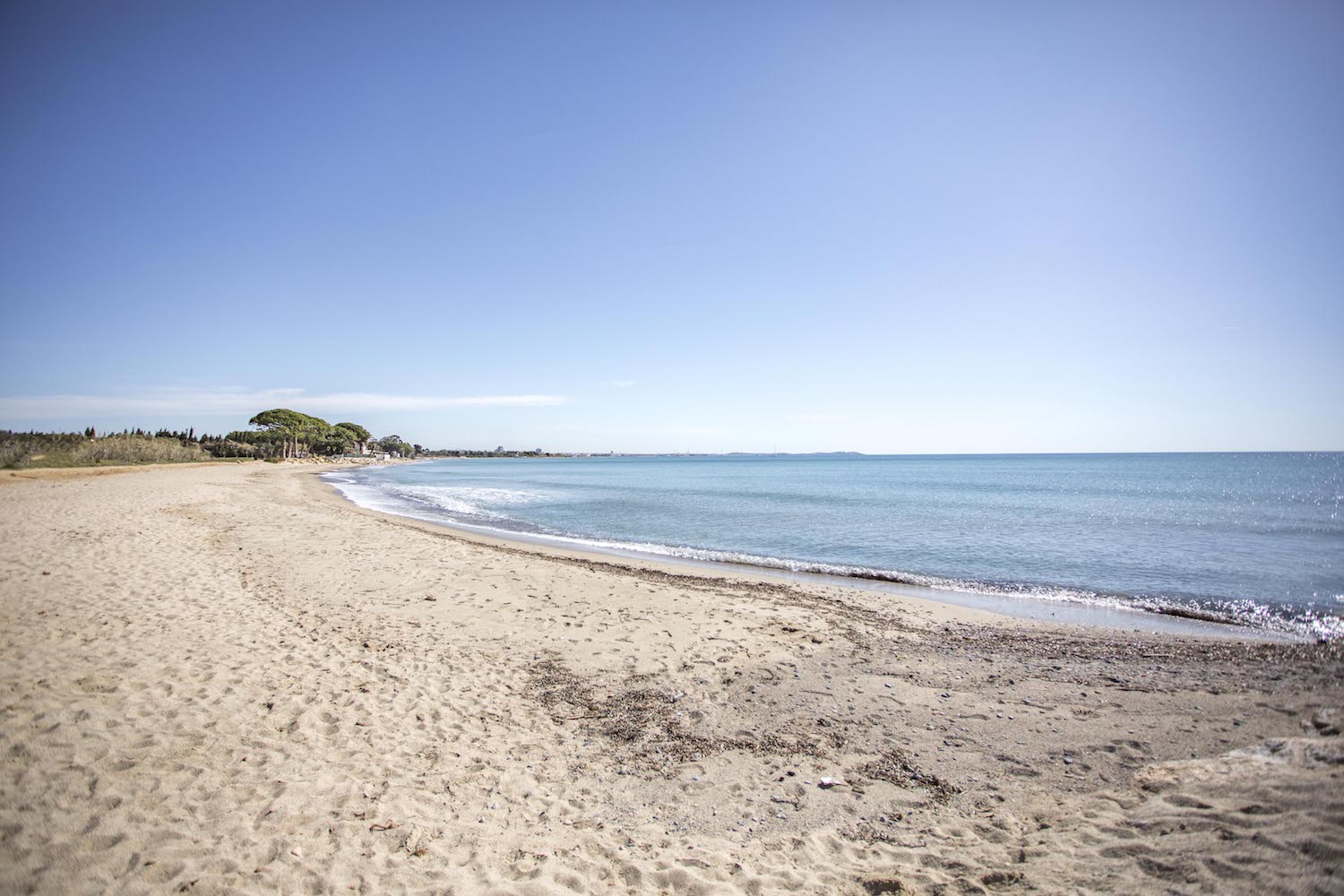 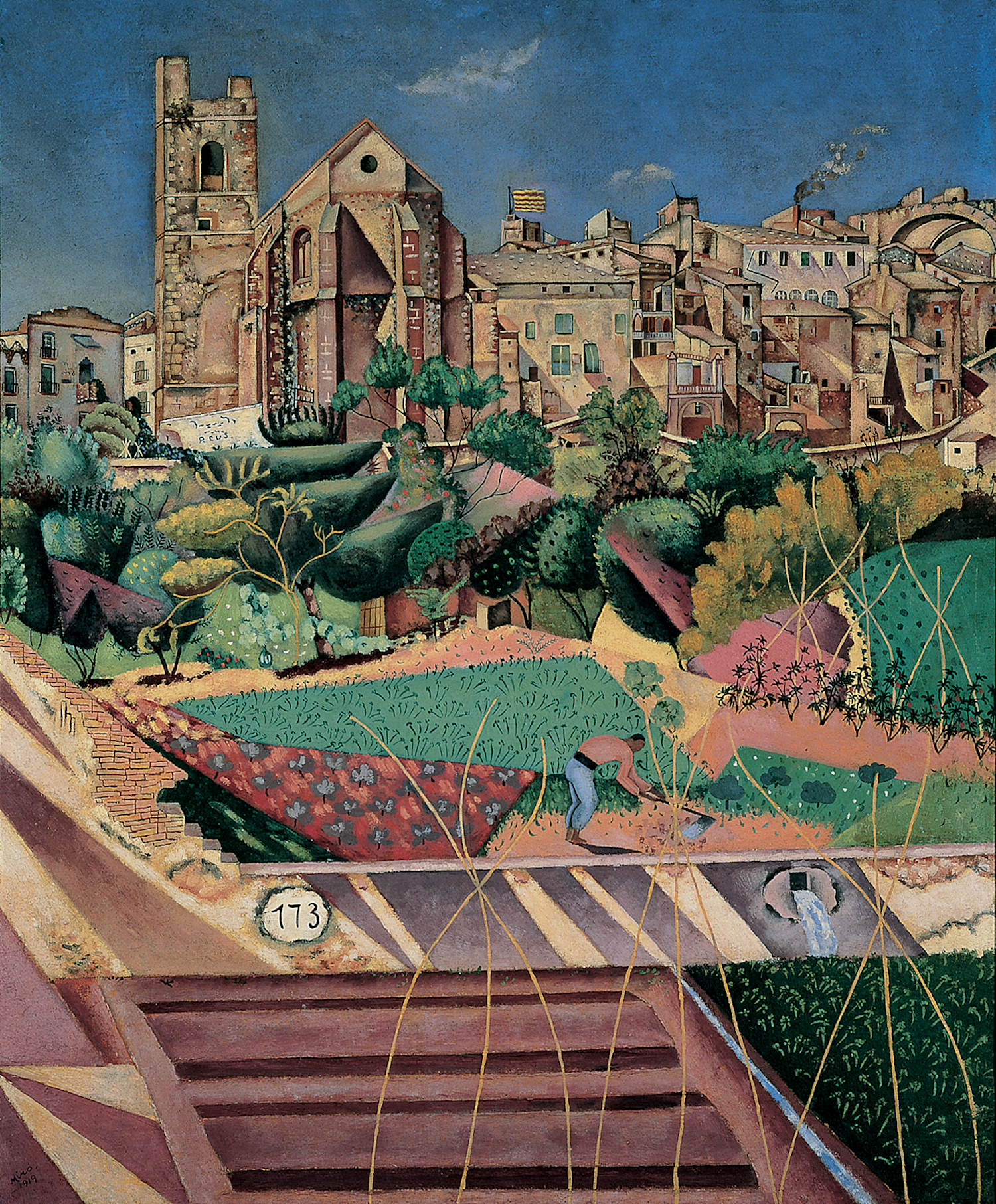 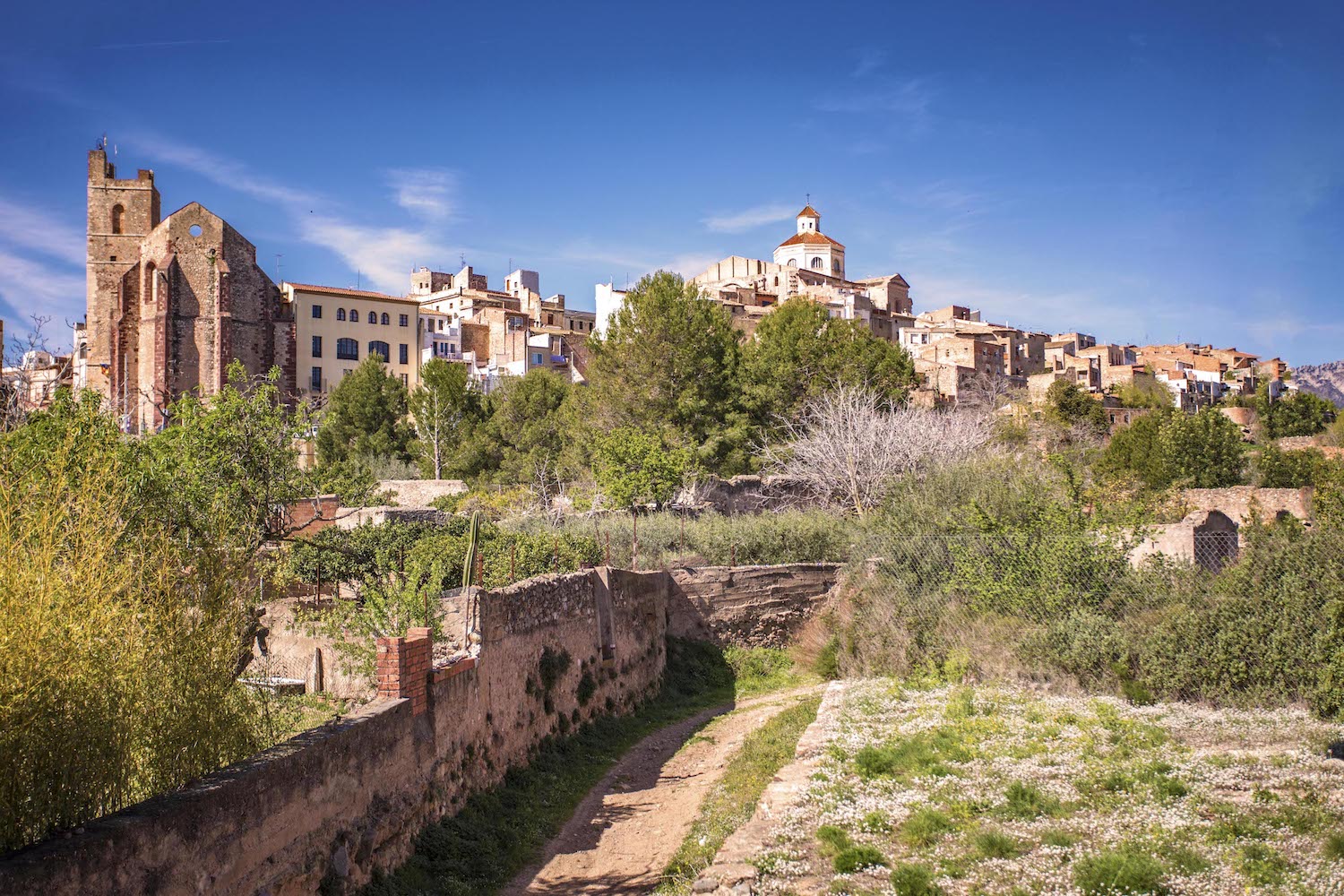 After his first solo exhibition in 1918, where his early work was seen together for the first time, Miró decided to take a new approach to his work. He began to paint in a very meticulous way, in a style similar to calligraphy, paying attention to every single detail. The outcome of this painstaking stage are paintings like La casa de la palmera (House with palm tree) (1918), Hort amb ase (Vegetable garden with donkey) (1918) and Les roderes (The rut) (1918), three different views of the same house next to Mas Miró.

Poble i església de Mont-roig (Village and church of Mont-roig) (1919) is a new vision of the village, this time from the first bridge. This painting is a synthesis of his work up until that point and a foretaste of the new phase that he would embark on. He concluded this figurative stage with La masia (The Farm) (1921-1922), taking the façade of Mas Miró as his model.